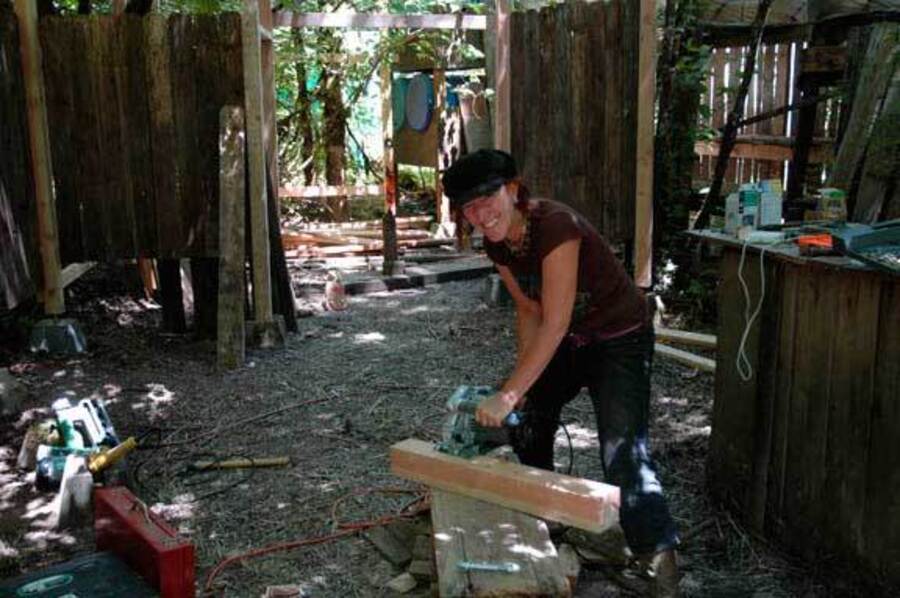 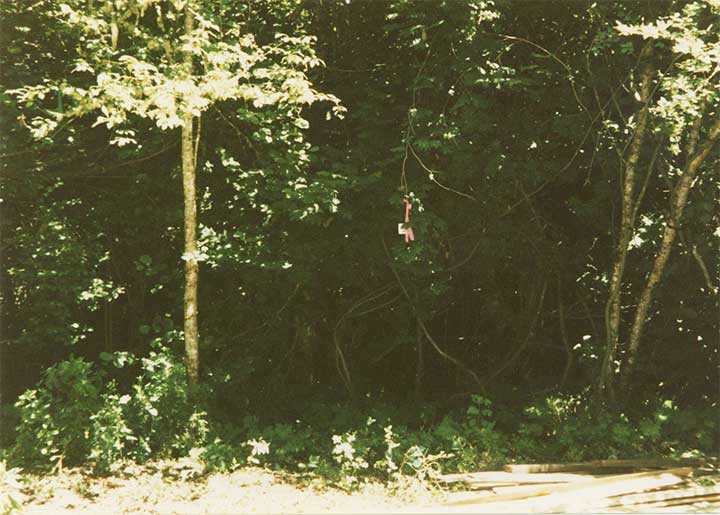 In 1991, I was honored with being offererd a permanant booth space at the Oregon Country Fair!. We chose this spot in a newly opened path (the "New Loop") because of the two intertwinging trees... that would create a shady canopy over many years, until one of the trees came down in a storm. Its been our home ever since:) 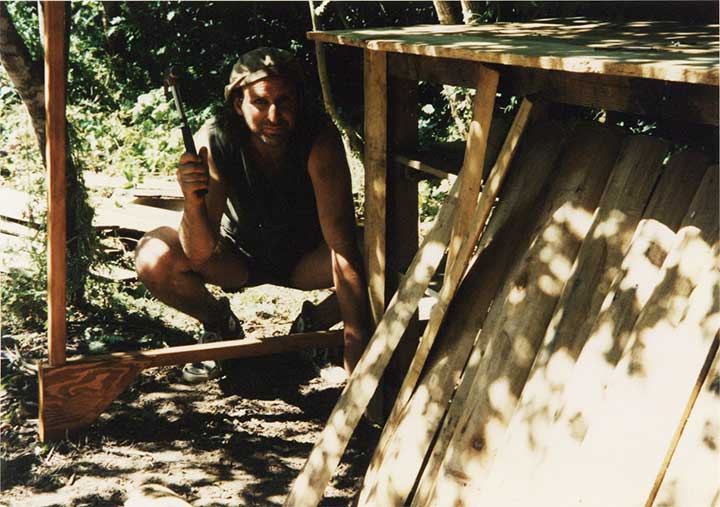 My partner Scott Silverberg and I were not carpenters, didn't have ANY power tools, and had not been to the FAIR before... We were totally overwhelmed with the task of building a permanant wood booth structure in the woods... And did our best using wood from an old Oregon Barn that was brought to the site. Since we had driven up in a 67 Mustang, that was the only wood we could use, as there was no way to transport lumber from outside the fair!

We built a large heavy counter, out of wood from a torn down old barn, and that counter, shored up over the years, is STILL our counter! We also built the back structure out, which you can't see here... But we didn't have time to begin building the front of the booth structure until the next year. 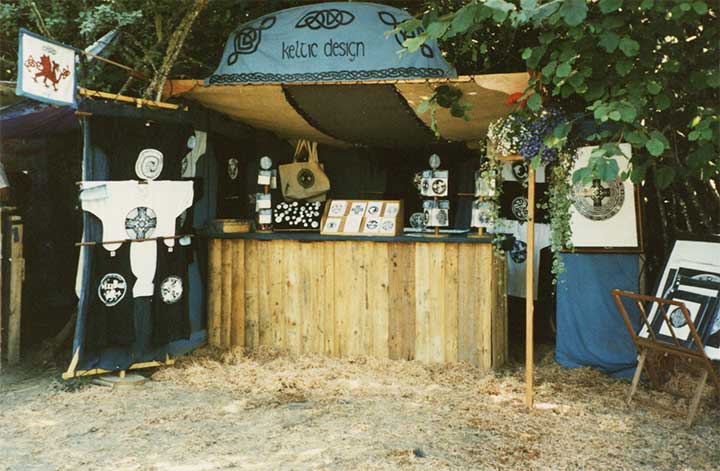 And here is our very first Oregon Country Fair L68 booth - in 1991! Thanks for the warm welcome... I have made so many good friends over the years. This feels like home. 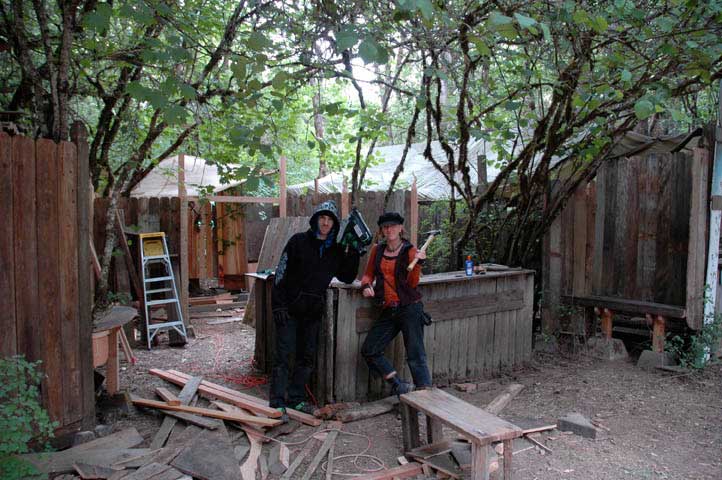 Great Pal, long time crew, bro Athonwy Doherty worked hard with me for weeks creating a booth rebuild in 2009. The old counter is still being used! And we recycled a lot of the wood from the old barn we originally found wood for the fences. We're covered up head to tow because of the mosquitos, and not one square or straight corner to work with! 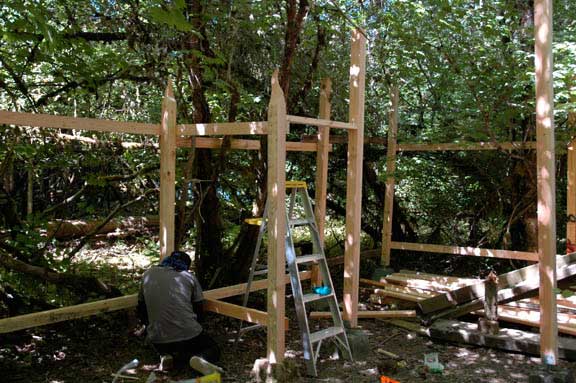 Framing and keeping our batteries charged was not easy! For those of you who do not know the FAIR, this site is preserved, with no digging into the ground, and reverts back to woodland after each year of festivities. Our booth will see the snow, the rain, the flooding, the leaves, the nesting birds until the next July when we all invade again!

Austin pal Silus offered to build me a lovely frame to "hang my sign". This turned into a more ambitious project than I had expected, with little time to spare, and with only hand tools - a japanese saw mostly - he carved out a lofty graceful overhead beam structure, that our new parachute shade could attach to (and for rain tarps should dreaded rain during the fair happen!). One of our lovely arching trees had come down in a storm, so we needed protection from the sun on one side too. I'm still not sure how he did this in time for us to move everything into the booth and hang art, flowers, before SHOWTIME! THANKS SILUS -what a generous and talented gift of your fine carpentry skills and improvisation :)

NEXT - our intrepid CREW over the years